Nearly 20 years ago we were few dozens of people (entrepreneurs, managers, engineers and environmental advocates) around Europe keen to the idea of sharing 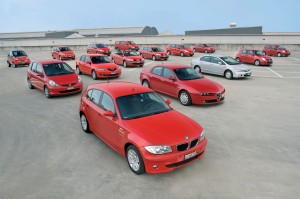 cars. Early stage projects, often public funded, came live trying to demonstrate that sharing mobility was the right choice to fight congestions, pollution in the cities. Opponents (car industry-first) had an easy time to even make fun of car sharing because the car ownership culture was so strong that nobody would have bet on sharing mobility success. Furthermore, car sharing was not regulated and public authorities struggled to define a public or private service. Fortunately, not many lobbies could fight since the numbers were very low. But business rules sometimes are unexpected and when big players started heavily investing in the service since it was a captive market.. it magically became trendy and blew up with still ongoing growth. Europe drove this growth and expanded in the US and Asia (leading one now).

Ten years later we saw an opposite trend, based on ride-hailing services. Thanks to big cheques and VC willing to address the mobility market we saw the incredible

growth of the on-demand ride-hailing business (from Uber on). US market was quite low regulated and after setting a general regulatory framework to recognize the TNC (Transport Network Company) the business boomed. Unfortunately, the reverse trip didn’t work in Europe. where opponents this time where much more seasoned and conservatives. taxi drivers lobby from one side and public transport operators on the other side. Both lobbies were very closed to national and local governments.. and they succeed in limiting (or banning) ride-hailing services in many cities or country.

Now the new trend is getting live.. micro-mobility, based on kick scooters or scooter sharing. Again we face similar situations to the past but regulators and operators are more ready to manage operations and services. We don’t have lobbies to fight against to.. (maybe the “pedestrians lobby could be the most interested one.. but they are not officially organized 😄) and the services boomed in the US first but nearly at the same time in Europe. However, cities opened their roads and sidewalks (and cycling lanes and pedestrian zones) to kickscooters we can say that the main factors that can destroy or heavily limit the business in Europe are safety and public order. kickscooter provides an unbeatable feeling of freedom to move everywhere (from home to metro to your car).. but freedom can get too much closer to anarchy in this case. So we see cities

shutting down services, (Paris), banning operators until the local regulatory framework is all set (Milan), while studies declare numbers supporting how kick scooters are polluting and dangerous.

We don’t have fighters this time.. kickscooters sharing don’t steel job to any existing category but Governments (especially in Europe) are very keen to control and regulate mobility in every detail, therefore, a harmonized policy framework is highly recommended to gather operators and policymakers to a common standard and business case. We can learn from the past 20 years how to introduce and steer a mobility “revolution” in the right way, this time.