Few hours after Trump’s elections the global “clean energy” business community started debating about potential debacle coming from a step back in green policies, some how announced by new US Government. 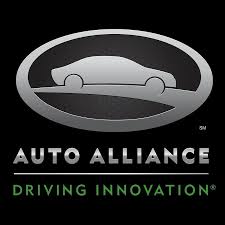 Automakers industry made the first step writing an official letter (see letter from AutomotiveNews ) to the “Transition team” asking to review and weak requirements for fuel consumption that is set to a fleet average of more than 50 MPG by 2025, declaring that “The combination of low gas prices and the existing fuel efficiency gains from the early years of the program is undercutting consumer willingness to buy the vehicles with more expensive alternative powertrains that are necessary for the sector to comply with the more stringent standards in out-years”, also arguing about single state regulations unbalancing consumers acceptance about alternative fuel specially considering California is at the forefront of this approach and other States are following. It’s good to remember that EV industry in California (and many more States) has 7.500$ purchase Tax credit (for the first 200.000 vehicles sold from each car manufacturer) and companies like Tesla still has a big revenue stream from selling EV tax credits certificates to other automakers.

that strict ecological regulations can slow economic growth… even if it’s not true according to recent statements.

It’s not clear whether the US government will erase Paris Cop21 agreement but there are few considerations about EV industry (and new mobility) to outline:

We’ll see in coming months real strategies and first nominations in crucial roles to learn more about what to expect on EV market. Stay tunes.